Unfortunately, the CollectedIt website will be retired at the end of 2022. Please be sure to save any collectibles to you local computer. After 2022, the website will be turned off, and collections will no longer be available. 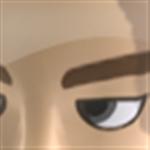 Send a message
I've been a collector most of my life. When I was a child, I liked to collect rocks (I've no idea why). I later moved on to key chains, then baseball and comic cards. In middle school, I moved on to a wide variety of comic books. Later in high school I collected anything and everything that is Sublime. Most of these have come and gone. One collection that has remained a constant, however, is video games. I've kept nearly all consoles and console games I've ever had, and moved on to a small arcade collection while in college. Arcade collecting is much more difficult due to the space they take up, but I manage :)
Collections
View all 6 Collections

Mattroid hasn't said what they collect.